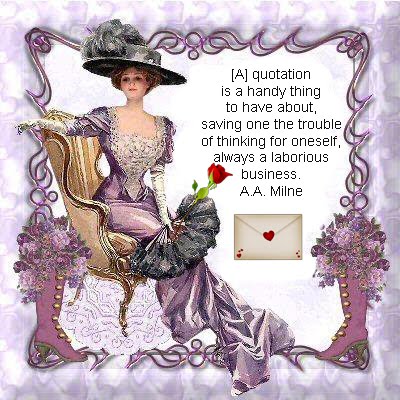 QUOTATIONS impart WISDOM
QUOTATIONS give INSIGHT
QUOTATIONS MOTIVATE
QUOTATIONS INSPIRE
QUOTATIONS EMPOWER
If you blend in, you don't stand out. ― Anthony T. Hincks
You pray for rain, you gotta deal with the mud too. That's a part of it. Denzel Washington
An animal's eyes have the power to speak a great language. ― Martin Buber

During your struggle society is not a bunch of flowers, it is a bunch of cactus. ― Amit Kalantri

Speak when you're angry, and you'll make the best speech you'll ever regret. ― Lawrence J. Peter
Sometimes the soul takes pictures of things it has wished for, but never seen. ― Anne Sexton
Twice a day I change the time on my broken clock, my contrarian streak forcing me to ensure that it's never right. ― Nitya Prakash
Chaos was the law of nature; Order was the dream of man. ― Henry Adams
Listen to the trees as they sway in the wind. Their leaves are telling secrets. Their bark sings songs of olden days as it grows around the trunks. And their roots give names to all things. Their language has been lost. But not the gestures. ― Vera Nazarian
Plants are more courageous than almost all human beings: an orange tree would rather die than produce lemons, whereas instead of dying the average person would rather be someone they are not. ― Mokokoma Mokhonoana
Autumn serenades the breeze into dancing a cha cha cha; the mountains echo in the background. October sky never looked more charming nor the sublime leaves of the trees so graceful. ― Avijeet Das
In their previous lives, poets were bats, and thinkers were owls. ― Michael Bassey Johnson
Waves tossed themselves against the shore, dragging grit and sand between their nails as they were slowly pulled back out to sea. ― Holly Black
Sometimes the soul takes pictures of things it has wished for, but never seen.  ― Anne Sexton
Persevere. There is one dandelion that grows from the crack in the cement. Let that one dandelion be YOU. ― Dr Margaret Aranda
Earth is ancient now, but all knowledge is stored up in her. She keeps a record of everything that has happened since time began. Of time before time, she says little, and in a language that no one has yet understood. Through time, her secret codes have gradually been broken. Her mud and lava is a message from the past. Of time to come, she says much, but who listens? ― Jeanette Winterson
One of his tears fell in my mouth, where it became a blue sapphire, source of strength, source of strength and eternal hope. ― Anita Diamant
Who looks outside, dreams; Who looks inside, awakes. ― Jung
He: "Whale you be my valentine?" She: "Dolphinitely.” ― Adam Young
One day I will find the right words, and they will be simple. ― Jack Kerouac

She turned to the sunlight And shook her yellow head, And whispered to her neighbor: "Winter is dead". ― A.A. Milne

When we die, we will turn into songs, and we will hear each other and remember each other. ― Rob Sheffield
In the distance, mongrel dogs were howling out the coyote portion of their ancestry. All the sounds of the night seemed to pass through a hollow tunnel of indefinite length. ― Warren Eyster

The only way to understand a river is to jump into it. ― Alice Hoffman
It was a bright cold day in April, and the clocks were striking thirteen. ― George Orwell

An autumn garden has a sadness when the sun is not shining... ― Francis Brett Young
Not everything that happens in your life has to hit you like a hurricane. ― Joyce Rachelle
Think of the fierce energy concentrated in an acorn! You bury it in the ground, and it explodes into an oak! ― George Bernard Shaw
On Sunday mornings, as the dawn burned into day, swarms of gulls descended on the uncollected trash, hovering and dropping in the cold clear light. ― Edward Conlon
There are not too many fables about man's misuse of sunflower seeds. ― Richard Brautigan
During fragile times, learn to cherish the grounds that continue to build you, for they also cherish your presence with light, hope, and creativity. A reminder that the garden doesn’t pick between the weed and the flower on who becomes the champion of light. ― Goitsemang Mvula

I'm not a vegetarian! I'm a dessertarian! ― Bill Watterson

All the secrets of the world are contained in books. Read at your own risk. ― Lemony Snicket

Do not be angry with the rain; it simply does not know how to fall upwards. ― Vladimir Nabokov

A tomato may be a fruit, but it is a singular fruit. A savory fruit. A fruit that has ambitions far beyond the ambitions of other fruits. ― E. Lockhart
The human race can be roughly divided into two categories: ailurophiles and ailurophobes - cat lovers and the underprivileged. ― David Taylor
I love you because no two snowflakes are alike, and it is possible, if you stand tippy-toe, to walk between the raindrops. ― Nikki Giovanni

Wherever you go becomes a part of you somehow. ― Anita Desai
If you're not confused, you're not paying attention. ― Tom Peters
Where we fall are the stepping-stones for our journey. ― Lolly Daskal

Sitting under a tree in a park in the summer, listening to birds and squirrels chirping while reading a good book is priceless. ― Charmaine J. Forde

Sunday is the golden clasp that binds together the volume of the week. ― Henry Wadsworth Longfellow

Life isn't about waiting for the storm to pass...It's about learning to dance in the rain. ― Vivian Greene


Mindful Monday Humans, May your coffee kick in before reality does. ― Napz Cherub Pellazo
Her cheeks glowed with pink charcoals. ― Ray Bradbury

For a frog an ocean is an exaggerated hypothesis. ― Sw. Chidananda Tirtha

What is important is to spread confusion, not eliminate it. ― Salvador Dalí

Pink is a beautiful color, because it is one of the colors that the sun makes at twilight and in the dawns. ― C. JoyBell C.
the pebble is a perfect creature equal to itself mindful of its limits ― Zigniew Herbert
Little by little, one travels far. — J.R.R. Tolkien

A tomato may be a fruit, but it is a singular fruit. A savory fruit. A fruit that has ambitions far beyond the ambitions of other fruits. ― E. Lockhart

In a world like this one, only the random makes sense. ― Libba Bray

Inspiration is the windfall from hard work and focus. Muses are too unreliable to keep on the payroll. ― Helen Hanson

She is a sunflower! She brings hope to people. ― Avijeet Das

Failure is not the deterrent for the next try. Rather, it is information that empowers the next step. ― Craig D. Lounsbrough

You are the sky. Everything else – it’s just the weather. ― Pema Chödrön
Life is like a chimney - you sometimes have to get through the dark before you see the light.
― Matt Haig

If you miss the train, those on the train will also miss something because every person has the potential to change the fate of every person they come across!
― Mehmet Murat ildan

No act of kindness, no matter how small, is ever wasted. ― Aesop
The sun always shines above the clouds. ― Paul F. Davis
He who conquers himself is the mightiest warrior. ― Confucius
Cry. Forgive. Learn. Move on. Let your tears water the seeds of your future happiness. ― Steve Maraboli
Life is like a collage. Its individual pieces are arranged to create harmony. Appreciate the artwork of your life. ― Amy Leigh Mercree

The spirit of the age is: Ask not what your country can do for you, demand it. ― Mark Steyn

Extremes to the right and to the left of any political dispute are always wrong. ― Dwight D. Eisenhower

Mama always said, dying was a part of life. I sure wish it wasn’t. – Forrest Gump

People from a planet without flowers would think we must be mad with joy the whole time to have such things about us. ― Iris Murdoch

Pink isn't just a color it's an Attitude too! ― Miley Cyrus

Here's a simple test to see if your mission on earth is finished. If you're alive, it isn't.  — Sir Francis Bacon
The smell of azaleas and the sleepy smell of sun working with chlorophyll filled the air. ― John Steinbeck
Purple is the last of the rainbow colors, so it means I will love and trust u for a long time. ― kim taehyung


The only man to have all his work done by Friday was Robinson Crusoe. ― Anonymous

Every moment happens twice: inside and outside, and they are two different histories. ― Zadie Smith

The most courageous act is still to think for yourself. Aloud. ― Coco Chanel

Mindful Monday Humans, May your coffee kick in before reality does. ― Napz Cherub Pellazo

If you're mildly conservative on Twitter people call you Hitler. ― Ricky Gervais

I believe in the power of love, and planting positive thought seeds into the collective consciousness.  ― Jay Woodman

Saturday is a day for the spa. RELAX, indulge, enjoy, and love yourself, too. ― Ana Monnar

I often wonder if people find themselves in all the wrong places not because they had bad directions, but because they live their lives fearing all the right places.
― Craig D. Lounsbrough

It is not always the same thing to be a good man and a good citizen. ― Aristotle
Never look directly at the sun. Instead, look at the sunflower. ― Vera Nazarian
I hate when I'm not done with my cup but my mom decides to put it in the dishwasher anyway and the cup isn't dishwasher safe. I keep telling my mom that my origami coffee mugs are hand wash ONLY. Handshakes are also hand wash only. ― Karen Quan and Jarod Kintz
When our eyes touch, is it day or is it night? ― Jacques Derrida

A Pile of Small Poems 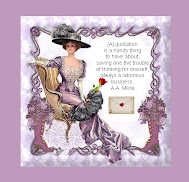